The Story of Sandridge

The Fate of a True Entrepreneur

The Sandridge Food Corporation (SFC) story begins in the early 1960s with a local entrepreneur, Vincent Sandridge. He got his start from the Buddig family, owners of Buddig Meats, who manufactured lunchmeat in vacuumed retail pouches, which was revolutionary at the time. The Buddig's proposed a deal to Vince where he would provide them distribution services (making direct-store-deliveries) and they would provide product to him under consignment. Working within the deli industry, Vince caught wind of a company called Gourmet Salads that was in need of new ownership. By chance, he was able to acquire a private loan and purchase the company. He incorporated his business under the name Sandridge Gourmet Salads, originally manufacturing and selling salad products out of his home in Cuyahoga Falls, Ohio. As popularity spread and demand increased for his products, he moved to an approximate 20,000 square foot building in Medina, Ohio and consistently grew the company throughout the 60s and 70s. Vince knew he found his niche selling to local delis in the surrounding areas and, in the 80s, purchased Melch’s, a company manufacturing the traditional comfort foods of the Midwest- Amish-style potato salad, macaroni salad, and cole slaw. 1991 was the year that the company established its legacy brand, Grandma’s(R), which is now sold to over 80 different foodservice and retail businesses throughout the country.

A Family of Business-Minded Culinarians 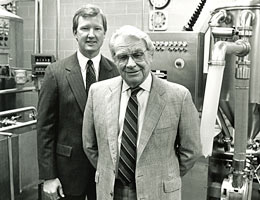 Mark Sandridge, Vince’s oldest son, had a growing interest in the company and came on board in 1976, just before starting college. Mark now serves as Chief Executive Officer and has a degree from The Ohio State University in Food Science. Ten years later, Michael, Vince’s youngest son and alumnus of Kent State University, began working for the company, handling several duties on the production floor, and later spending 20 years in sales. Michael now functions as Vice President of Foodservice Sales.

The Sandridge story expands into the third generation with Mark’s two sons, Jordan and Dane Sandridge. In 2004, Jordan, a graduate of The Ohio State University, joined the company and is now positioned as COO. He streamlines the company’s transportation outfit, creating routing efficiencies, minimizing fuel costs, and reducing emissions, while working on his MBA. Joining the company in 2008, Dane functions as VP of Innovation and has a Culinary Arts Degree from the renowned Culinary Institute of America as well as a bachelor’s degree in Economics from Wittenberg University. He works closely with the New Product Development Team, crafting custom recipes for retail and foodservice clients.

Where Culinary and Industry Come Together

Today, the business has transformed from a small manufacturer of traditional salads to a recognized leader and culinary expert in the North American food industry of premium salads, soups, sauces, center-of-the-plate proteins, and desserts. With nearly 600 employees, SFC services foodservice, retail and club store outfits throughout North America under Sandridge and private label brands. Still based in Medina, Ohio, SFC operates out of a 200,000 square foot facility, as well as a 60,000 square foot facility in Morton, Illinois where meat ingredients and products are processed and sous vide cooked. The company’s entrepreneurial spirit from Vince’s foundation is still as vibrant as ever! "Where culinary and industry come together" is their motto as they continue to pave the way with trend-setting products, superior quality, advanced technology, and world class customer service. 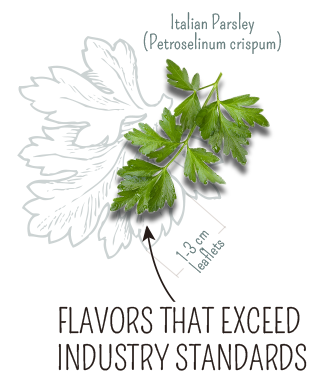